EverPup® is a revolutionary dog supplement developed by internationally respected veterinarian Demian Dressler, DVM, developer of Apocaps® -- the powerful nutraceutical that's helped tens of thousands of dogs and their veterinarians.

The endless enthusiasm of a puppy playing is a huge source of joy for us dog lovers - and we wish it could last forever. But keeping our dogs safe, happy and healthy is challenged by a modern world filled with invisible enemies hiding in food, air, and water. That’s why we created EverPup®, the super-charged, bioavailable, delicious daily dog supplement. A sprinkle-on powder, EverPup is the best way to support your dog’s health and happiness.

Check out some of the amazing ingredients that every jar of EverPup® contains to make it the ultimate dog supplement for dogs of all ages. With no muss and no fuss, EverPup may be able to replace several other individual supplements you may now be giving. Especially since EverPup is formulated for high bioavailability, using our technology Biovadex™! Because EverPup is formulated with Biovadex, the ingredients in EverPup are highly bioavailable which means they can perform optimally. 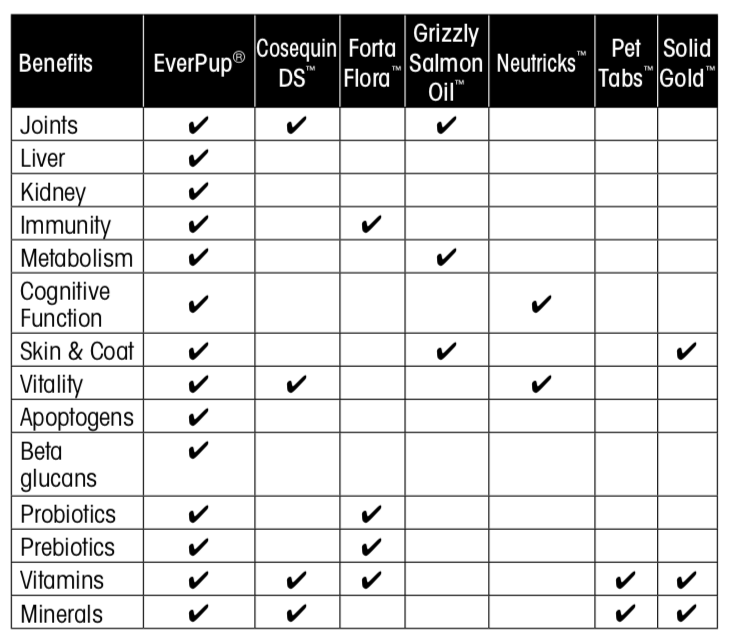 This video is a great way to learn more about what EverPup can do for your dog: